Wapacking a Punch: The Wapack Trail Race in Torrential Downpour

Home/Wapacking a Punch: The Wapack Trail Race in Torrential Downpour
Previous Next

Wapacking a Punch: The Wapack Trail Race in Torrential Downpour

What makes a person drive 6 hours one way to run a grueling trail race in the pouring rain, only to towel off and drive back right after crossing the finish line. Well, this was the Wapack.  After what has been a very strange running year for me from a health standpoint, I penciled in the Wapack as a shorter trail race (not a 50K, easy right?) this fall.  One of my goals is to run at least a half marathon distance in each state, and this one would not only cover New Hampshire, but crossed into Massachusetts,  so it could somewhat hold off that state until I eventually hopefully do Boston.  Just to warn you, there are no pictures here from the trail. My phone was inside a ziploc and I never took it out.  I wish I had captured some of the day but it was just too wet and it would have taken too long to get it out and unwrapped.

Now when I signed up I didn’t know that the remnants of Hurricane Harvey would be passing through exactly as the race was going, and I didn’t even really realize the challenge ahead of me. Though the race site even said “This is a very tough trail race” and highlighted it, I didn’t think much about it, as often hiking trails say they are harder than they are to ward off the casual hiker.  This one was no joke though. Considerably more challenging than I expected.

I have run the Grand Canyon 50K and a trail race over a mountain out in Challis, ID this spring. I have run a number of trail races in recent years and really enjoy them, but none have combined the technical trail, the distance, the massive elevation swings, and of course the downpour and wet course, that the 2017 Wapack Trail Race offered. I will not soon forget it.

I hadn’t even seen the course or knew much about it other than the brief description I mentioned above. I actually emailed the race director a week ahead and asked if it was more muddy or rocky. He said rocky, though I ended up getting my fair share of both with the constant downpour. 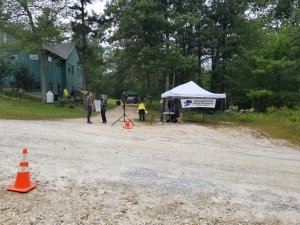 When I arrived over an hour early, there were just a handful of cars there, and it hadn’t started raining yet.  It didn’t actually start raining until a few minutes after the race started. After napping in my car a bit, I chatted with a couple of fellow runners and waited for the race to start.  The race director shared some history and mentioned some things like “I think that section should be marked”.  I should tell those looking to try this adventure that it is unsupported. You are on your own on the Wapack trail.  Now they do have some water and aid at the turnaround and one other spot, but you are on your own to find the trail markings on the trees, etc.

When the race started, still having no idea what to expect, I hung back a bit. I should warn you that if you are coming here to race and win your age group or really go for it, the start is fairly important.  There is a lot of single track on this course, and if you aren’t an aggressive passer, you are going to be “stuck” in at the pace of whomever you happen to be with when the single track starts. I only say this as a hint.  A nice guy I met prior to the race tuned me into this and I actually ended up seeing him quite a bit out on the trails, but I was just trying to feel out the course and enjoy my day. With the rain kicking in, I just wanted to have fun and not get hurt. My wife and I have plans for an anniversary get away in a few days and I promised I wouldn’t get myself hurt.  Despite running with caution I still fell at least 4 times.

The pictures that I don’t have are the best way to describe this race in the rain.  It is constant up and down. You climb 4 mountains in 9 miles and then turn around and do it again.  Lots of very steep up and down.  I do pretty well at going uphill and usually would catch groups from behind, but I didn’t really try to pass people unless they offered.  The trouble is that while you often have to walk up the mountain because of the steep slope, you would want to make up your time by flying down the steep slope.  That I did not have. I would lose groups and get passed going down.  After a couple of early falls, I had what I kept saying in my head as I was getting passed, “No downhill confidence”.  It was so slick and muddy and rocky at the same time and when I would try to go downhill fast, I would fall. I didn’t want to get hurt. It was a little crazy out there and I have major respect to all of those out there flying down those slopes in the rain. I was extremely impressed. I made the excuse that I didn’t want to get hurt, but I don’t know if I could have done that even without a vacation on the horizon. Now I realize most years of this race

Now I realize most years of this race don’t include Hurricane Harvey and it is probably not as treacherous when not so wet, but it is still an extremely challenging and technical race. One of those runs where you have to consciously think about every step and every time your foot is going to hit the ground. Pretty intense even if it wasn’t pouring. In fact, one of my worst “super man” falls was on a grassy path area that we relatively flat. I took my mind off where I was running for a split second and I was suddenly flying forward through the air swearing.  When you are with groups and following, you don’t think about the trail, but I did get lost twice. Once with a group, and once at the top of one of the mountains when I was on my own and just couldn’t figure out where the path was back down the mountain. There are big rocky areas at the tops of the mountains and sometimes it is not clear where you exit those areas. That time didn’t cost me a lot of extra distance but did cost me some time.

In the end, it was an amazing experience that probably tops my lists for a number of things.  Most technical trail run, wettest run (there was a section where we were literally just running up an active stream because of the rain), and I’m sure there were some more. Though it wasn’t the most elevation I have ever run or the steepest, it was definitely the steepest, most technical, climbs and descents. Out in Idaho, it was very steep but packed trail that you didn’t have to worry about each step, just going up or down. If you are looking for a great trail challenge in the east, this has got it. If you are looking for a very challenging training run for a longer 50K or 100K, this is a great test. I consider myself lucky that I happened to pick the year that it happened in the remnants of a hurricane, because I think it provided a unique experience that I will never have again, even if I did finish in the  back of the pack, and had to hop in my car and drive 5 hours through heavy rains back to Jersey when I was done. 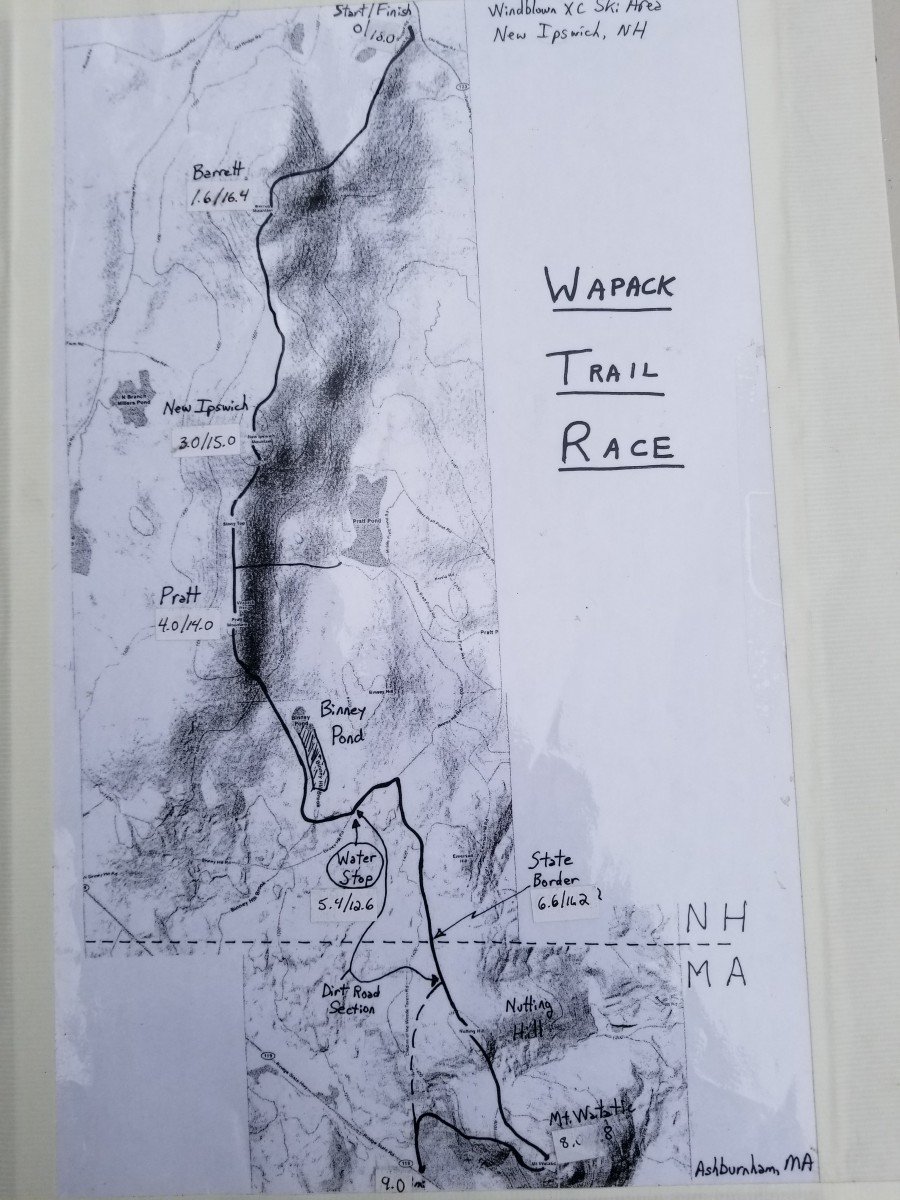 Article Name
Wapacking a Punch: The 2017 Wet Wapack Trail Race
Google Certified Partner and SEM Specialist
Though the race site even said "This is a very tough trail race" and highlighted it, I didn't think much about it, as often hiking trails say they are harder than they are to ward off the casual hiker.
Jeremy Skillings
Jeremy Skillings
You Can Be Found