Home/Updating Content Can Make Huge Differences for SEO
Previous Next

With all of the updates in 2017 around content length and freshness, it has become important for smaller businesses that don’t deal in long-form content every day to take a look at their own content and face the facts that they need to expand and update content in many areas to maintain an organic ranking presence. With the stresses of doing their own work every day, they often put updating content on the back burner and it may not get done until the numbers take a dive and it becomes urgent.  The good news is that the updates can reverse that slide pretty quickly.

This article touches on a case study for some businesses who saw their traffic nose dive because they didn’t address their content length, and then suddenly recovered after dealing with it. Some businesses are still wondering what happened to their traffic and rankings all of the sudden last year. Often this is the problem.

It is believed that Google’s adjustments last year first started to push down “thin” content. There is no definitive word count that gets you out of the “thin content” bucket, but I advise small businesses to aim for at least 350 words and shoot for 500.  Some say 250 is the minimum, but I’d rather be safe, and also not have to re-write again in a few months when it potentially goes up again.  The average first result in Google has over 2,000 words, so that should give you an idea of how much Google likes good, thorough content. Now everything is relative and a lot of those sites are news articles or long form blog pieces, but you still need to create content that provides the best “answer” to a search query. After all, that is what Google is in the business of providing.

So I’m going to show you three examples of companies that refreshed all or some of their content in the last month or two, and what immediately happened once those new pages were indexed. In all three cases, traffic had dropped significantly as compared to prior year data, to remove “seasonality” bias. In all three cases, we saw a sharp uptick in traffic, not only reversing the drop but moving them to growth, as they had been doing the other SEO fundamentals correctly.

The first example is just one page of a site.  It is the most important page on a site that sells high-end commercial equipment. It had a strong organic presence prior to the updates last year but then saw things drop off.  We updated the content of this page to dip his toe into the theory that he needed to lengthen his content to reverse the rankings drop, and saw marvelous results. We now plan on doing this to the other pages of his site. Sometimes seeing is believing.

It is important to note that I offer an award-winning professional writer to help accomplish this if the client wants that.  In this case, he did, but in the other two cases, the client wrote the content themselves with the help of some of my tools and input. We can help in either way. Whatever works best for the client.

We saw immediate gains. The month after applying the updated content, we saw traffic more than double over the prior January for that page.  Interestingly, the other pages still did not recover, which is why we now plan to expand the plan, but sometimes it takes seeing it work to fully understand the value. 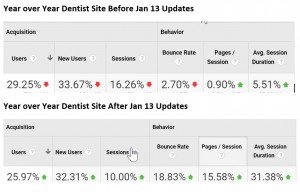 A second example was a dentist that had a great site that was working well but suddenly saw drop-offs with the changes in Google.  We actually determined that some of their content which was provided by when they built the site, was duplicative, and most were far too short. We worked on a few of their higher traffic pages that had seen sharp declines and saw immediate turnaround within a few days of making the updates in January.

You can see that the month started out with a near 30% drop in organic traffic compared to the prior year, while it actually jumped over 25% right after the updates went live. Basically, an immediate recovery just by updating and expanding their content to better fit with the algorithm. 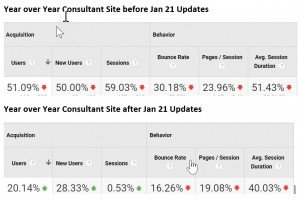 The last example was a consulting site that recently went through a site overhaul. The new content for their services pages was a bit short, so the client worked with my assistance on core pieces of the content, to bring all of these important pages to a length that was safely within the guidelines. Again, we saw a significant shift in overall organic traffic compared to prior year, within the same month. Early January numbers were down over 50% compared to the prior year and then ended up being up over 20% once the updates were in place.

Adjusting Your SEO Plan for Google

Sure you could say that one of these happening in such a short time period could be just a chance fluctuation in demand or traffic, but three separate incidents in three vastly different industries tell me that this is effective and important. The quick turnaround, in fact, underlines how important it is and how quickly you can fix things if your site is healthy and you are doing other fundamentals SEO aspects properly.

It is important to work with an SEO specialist that is not only aware of all these changes within Google, but understands how to adapt and address them. Even if you aren’t so sure at first that what we are saying is true, in these examples you can see the importance of making quick adjustments to update your site. The goal here is not to create problems for you. Google wants to give searchers a better experience and better answers, but when we have been getting away with lesser content for years, sometimes it takes a dramatic turn to force our actions.  We are here to help. 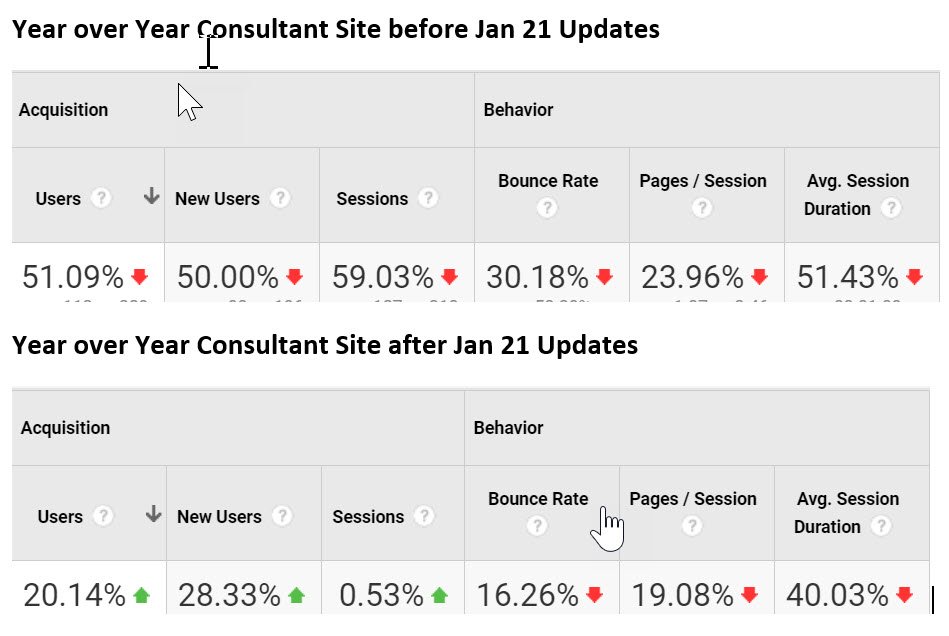 Article Name
Updating Content Can Make Huge Differences for SEO
Google Certified Partner and SEM Specialist
In all three cases, we saw a sharp uptick in traffic, not only reversing the drop but moving them to growth, as they had been doing the other SEO fundamentals correctly.
Jeremy Skillings
Jeremy Skillings
You Can Be Found 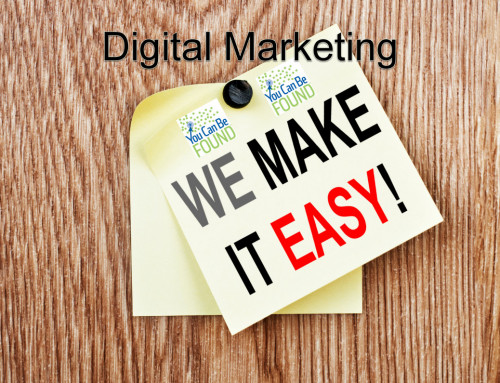 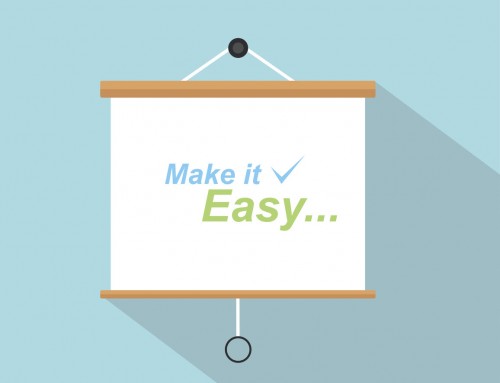 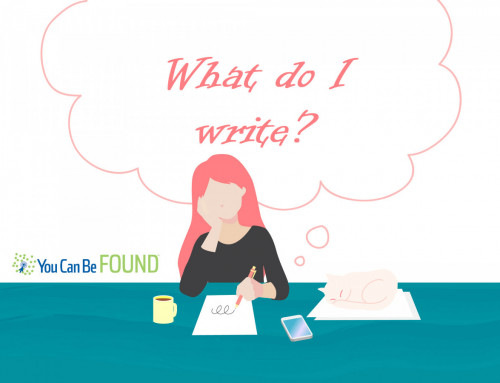 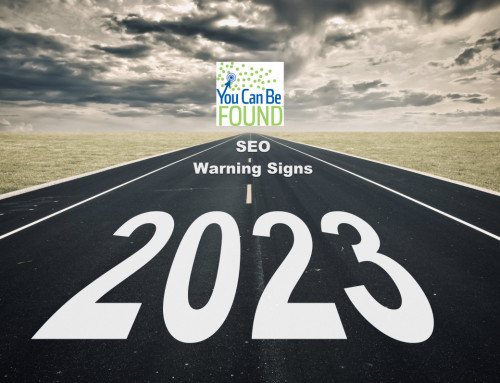