If you follow the SEO industry on Twitter, the past six months or so have seen a lot more bickering and arguing than I have seen in the 15 years prior.  Granted, there was no Twitter when I got started, and I know SEO is just a part of the greater world, so it was bound to happen. I always enjoyed slipping into the SEO world to get away from all of the yelling and arguing, but it seems there are a lot of arguments about semantics.  It brought to mind how confusing this can all be for small business owners trying to navigate what matters and what doesn’t matter in the world of small business SEO.  I just wanted to put together a quick and easy overview of how small businesses can approach some of these discussions and arguments within the SEO industry that may just confuse them more.

There are some brilliant minds in our industry following the algorithms very closely. The likes of Glenn Gabe, Bill Slawski, Mike Blumenthal, and others have been keeping a close eye on the greater Google algorithm or local search for years. All are great Twitter follows for important information in the world of Google and search. However, following the industry comes with the important warning that with SEO, especially as a small business, you are always dealing with limited resources to deal with hundreds of ranking factors. The latest algorithm tweak or Google patent may be very interesting and even change the formula of the algorithm, but it may not necessarily have a great effect on your business and your search terms.

Some of the new tweaks hit certain industries or areas pretty hard and generate a lot of headlines and a lot of companies using scare tactics to invest in your own site, when in actuality, it doesn’t really hit your competitive landscape, or at least won’t for a while.  Sometimes the tweaks are refined over time and eventually hit you, but your resources are better spent on the fundamentals or the nuts and bolts. So if you are an SEO geek and love the theory and the tech behind SEO, enjoy it all, but don’t get too caught up in chasing every latest news story. 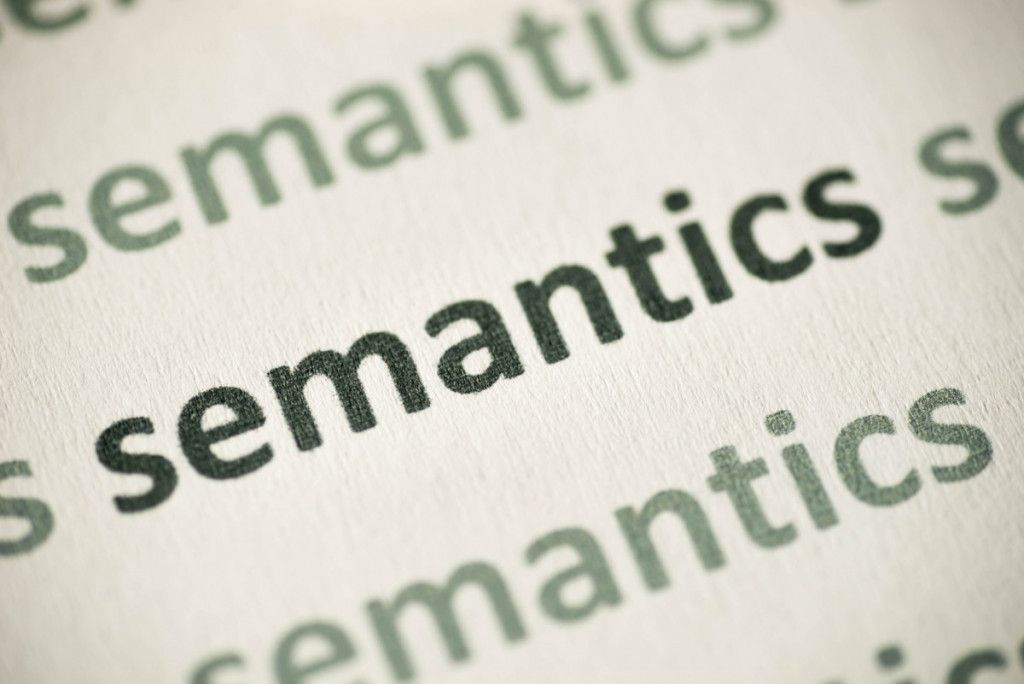 Another common argument is around things that mostly come down to semantics.  A few things that popped up in recent months in the industry were arguments about Moz Domain Authority and the use of an H1 as ranking factors.  If you want to dive in more to the arguments, you can visit some info on Domain Authority here and H1’s here. I understand the argument, but I also warn people from outside the industry to not get too bogged down in semantics.

Unfortunately, many people are looking for easy yes and no situations or black and white answers, and in the world of SEO, the most common answer is “it depends”.  In the case of domain authority, many different tools try to create ways to give SEO value to websites to understand links and how they help us rank. It has been shown for years that links to pages and websites are highly correlated to SEO success. Many tools develop their own metrics to try to mimic this and provide tools to their subscribers that can help them understand link relationships and how valuable they may be.  The big argument was whether Moz Domain Authority, one of many tools that try to mimic link strength, is a ranking factor.  It most definitely is not from the purest sense and they acknowledge that.  Google does not take Moz Domain Authority metrics and include it as a factor in their ranking algorithm. However, at the same time, it can be useful, as are their competitors, at giving you an idea of how respectable or helpful a link to your site may be, or how much authority your own site has.

Links are online referrals and Google values them as votes of credibility for your site.  If a tool can help give you a better understanding if a site is spammy and isn’t credible vs. having a lot of traffic, ranking strength, and credible links, it can help you decide whether to pursue online relationships with bloggers or other businesses that may enhance your site with added inbound links.

H1 Headings as a Ranking Factor

The H1 tag is a code to say that your heading is the biggest or most important on a page. Over the years, developers have been able to play with this to the point that the early days where H1 was biggest and H2 was smaller, etc. kind of went away.  It would be silly for us to think that Google is so simple that their ranking algorithm simply looks at an H1 code without regard to the content around it and how it sits within that content.  So in that sense, an H1 should not be a ranking factor in its purest form, as in a specific ranking factor. However, when Google sees content broken up on a page and the main heading on a page typically points out the overarching theme of the page, then that most important heading is likely going to have more value than other pieces of the page.  In that sense, it is most certainly likely a ranking factor. This is another example of how you can get caught up in semantics when you really need to think for yourself.

How Does My Site Appear to Users

For most on-page ranking factors, just learn to think like a human and not get caught up in semantics. If anything, Google is getting better and better over the years in measuring true user experience. Where an H1 could have been a ranking factor 15 years ago, it most certainly isn’t now.  But as I mentioned, the idea behind an H1 likely is.  Think about how you provide your content and make it easy to navigate, fast, and with quality answers to any issues or questions your visitors may have, and you will be doing the right thing.  You can hire a good SEO to come in and do some of the advanced pieces to get things aimed properly or help you develop more true online relationships for credible links, but don’t get too worried chasing semantic arguments or chasing the most recent algorithm tweak, unless you have seen a sudden drop in your own traffic.  Think about your customers and users and provide them the information that they need in an easy-to-use and navigate manner. The SEO community can have fun arguing about semantics, and it may be important because there are SEO’s themselves, that still don’t get it and preach things that just aren’t true because they don’t dig deep enough to fully understand the “it depends” nature of SEO. Find a good SEO to help you and concentrate on the fundamentals and you will be mostly free of big drops from algorithm shifts. They are just making the algorithm better to reward those with good content and those doing a good job.